TIME MACHINE POET OF THE WEEK 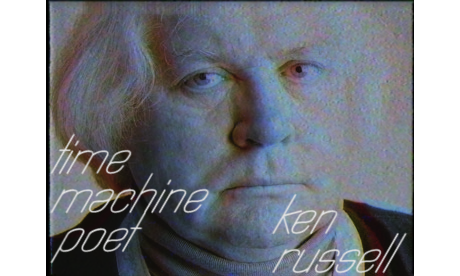 Ken Russell was an English filmmaker, a genius of cinematic storytelling, and a legend in the realm of BBC.  Known for his controversial style and unique vision that combined a theatrical approach to the glamor of a film.  Ken Russell’s approach to challenging the Catholic Church in the subject-matter of his movies have won him critics and fans alike.  Russell’s best-known films include “The Devils” (1971), “Tommy” (1975) and “Altered States” (1980).

In 1990 he directed “The Russia House” starring Sean Connery as a British secret agent who goes head-on with the CIA. One of Ken Russell’s last projects is a 2007 short film entitled “A Kitten for Hitler” which is an intentional attempt at controversy by Russell.  Ken Russell is a TIME MACHINE POET OF THE WEEK.  His political incorrectness and ability to cause unrest within the Religious spectrum will be missed.

This is an official PROJECT ASTRAL article.

Like Loading...
‹ Khanda Yoga (The practice of removing your limbs)
Ken Russell’s The Devils: Still Banned in America UNCUT ›

“A shift in focus and study will occur. The world will give more weight to spiritual phenomena, and less weight to the materialized or material phenomena. This new field of spiritual science will become just as practical and as measurable as any other phase of human experience.” – Edgar Cayce

I’m a reincarnation of a heteronym created by  Portuguese poet, Fernando Pessoa. My journey is to move into the future by providing a platform for the evolution of modern-day mystics.